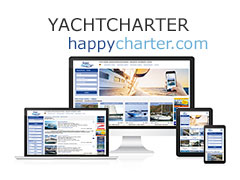 paylaş
Talep gönderin
Açıklama +
With a waterline of only 9.00m on a 9.13m long hull, there is no doubt that this yacht is unusual, looking more like the hull of a racing catamaran but with a thin and deep fin and a bulb keel.
Modern infusion techniques have been used to produce an ultra light but strong hull and deck casting: only two people can lift an entire hull and deck structure! Its high ballast ratio, combined with a simple rigging and sail plan, have created a boat that is easy to handle, with exceptional speed and explosive acceleration.
The slender hull shape is a high prismatic design, where the center of lateral resistance moves aft when the boat heels.
As a result, the helm remains neutral when heeling and drag is minimized.
John Swarbrick is originally from Western Australia and comes from a family that has been building boats, particularly racing boats, for three generations. His resume includes the famous 12-meter yacht series Kookaburra, and Tokio, the Whitbread 60 skippered by Chris Dickson. His latest project is a far cry from the multi-million dollar sleds of the America's Cup and Volvo Ocean Race, but only in terms of price, not concept or speed.

"JS9000, the easy Speedster...
.... I realized a teenage dream: I was standing in front of the ultimate "baaad-ass" boat. And this term is not to be taken lightly. It's the highest decoration given to cool, unusual, nasty and fast moving objects".

The JS9000 has been specially designed as a fast, easy to sail and affordable racing boat.
The goal was to have it raced by two or three crew members who want simple controls and less physical effort. It had to be and be fast.... very fast.
The JS9000 is extremely simple with a minimum of controls :
- automatic tacking / jib furler
- asymmetrical spinnaker in front
- lines below deck with a single central control pod and a single winch
- the only surface lines are the spinnaker sheets and a jib sheet at the front
The movement of the JS9000 in the water is very easy, it goes upwind very well.
It accelerates very strongly in every reef. It just goes faster.
The positioning of the crew to windward and leeward makes little difference in terms of performance.
The JS9000 incorporates many unique design features, making it a highly developed sailboat with very specific goals, it is FAST and EASY TO SEAVE.

"He sails like a dream. At one point I realized that we were howling at over 12 knots in a 12 to 14 knot breeze.
This boat reaches true wind speed downwind. The hull is so easy to steer and the helm so balanced that sailing this boat is a real pleasure.
It can be crewed and steered by two people or single-handed; it is a pleasure to steer it; it is exhilarating for the crew; it can be sailed by families or by regatta sailors.
Suffice it to say that thanks to its excellent construction quality and high performance, it was the boat that made me want to call the manager of my bank after this test".

"One of the easiest, most forgiving and, yes, fastest yachts I have ever sailed. Her performance is nothing short of amazing; ...and yet her handling is so easy and so neutral that it almost feels like cheating. Sailing so fast shouldn't be so easy. My teeth were really hurting, I had been smiling non-stop since we left Lymington! In terms of sheer pleasure from sailing by day, to sailing at disproportionate speeds, it is unrivalled".

"Those of us who appreciate the speed, good handling and predictability that only light and narrow boats can provide will welcome the JS9000 as a breath of fresh air" .... "It's one of the rare occasions when a new boat has arrived that might tempt me to take my checkbook. Why hasn't anyone ever built a boat like this before".